3 Reasons why Virtual Music Festivals are the Future

Music Festivals have become a source of entertainment to millions across the globe, especially in the last 5 years. To name some of the most popular music festivals - Lollapalooza, Coachella, and Bannaroo. Although these festivals have been around for quite a while now, and are rapidly gaining popularity, the concept of music festivals has been around since the middle ages. The more modern occurrence of this has been shaped by the iconinc Woodstock Music festival held way back in 1969. Exemplary artists like Jimi Hendrix and Jefferson Airplane had performed at this event. It can even be considered a major milestone in the history of music.

I’ll be honest, I took a class on history of music in college and the kind of change that we’re seeing on how music is presented to the public is going to completely transform festivals in the coming years.

2020, has changed the ball game completely. Amidst a pandemic that has caused enormous economic losses, people didn’t abandon music festivals. In fact, they looked at cheaper and accessible alternatives to these festivals. For example, Lollapalooza went completely virtual and is being broadcasted live on Youtube for everyone to watch for free! In fact, I’m attending it it as I write. Some events like Mosta X’s concert sold tickets to their virtual event, but these tickets were significantly cheaper than the tickets that get sold for the in-person shows. Not only are they attracting large crowds, they’re also enabling people to attend an event they couldn’t otherwise. For example, people who live outside the country where the event primarily takes place, can now attend with the help of internet.

People who have physical disability that impairs their moving capabilities can now also attend these events. New music, showing of people’s favourite artists, communities getting together - all of this happening from the comfort of your couch is why people are referring to virtual music festivals as the future come to pass.

Here are 3 Reasons why Virtual Music Festivals are The Future:

One of the elements of visiting an in-person music festival is that you get to meet new people, make friends and enjoy listening to the same music together. A lot of people try to suggest that talking to other people is hard when you’re virtual. In fact, a user on the chat of Lollapalooza (on YouTube) said, while attending the event, that they’d rather contract a disease than watch this live. It’s people like this that try to throw a wrench in your weekend plans.

The truth of the matter is, talking to people is easier when you’re virtual. I could read that message after all. Not only do you have the opportunity to text instead of trying to speak over a gazillion loud speakers, the auto-translate features offered by chat APIs like CometChat, makes it so that people speaking different languages can have complete conversations.

Not only that, depending on the virtual event platform, people even have the ability to video call each other and send each other voice notes. The level of self expression that Virtual Music Festivals now enables the audience to showcase, is a benefit that is highly understated and undersold. In the words of a YouTube commenter: “the chat is being used like tinder”.  It really takes very little effort to talk to other people while watching live music.

Inter-personal relations and companionship, with the help of internet, have long surpassed national borders. People are experimenting with technology so much that an event like a VR (Virtual Reality) Music Festival is also something that people are considering.  Wanna see something cool? Check out this 360-degree video of Coachella from 2016! When watching the video, just drag it around to see all around you.

By 2018, both Coachella and Lollapalooza had already started streaming their music festivals in a 360-degree view, that can be accessed by VR Headsets. All you’d have to do is put on a VR headset and you’re at the festival! While teleportation is something that is yet to be backed by science, Virtual Reality is the next best thing, and what better occasion to use it than a music festival.

2. Virtual Music Festivals are open to Everyone

When I say they’re open to everyone, I mean EVERYONE. Earlier, I mentioned how even people with disability can access these events with ease. Due to the nature of music festivals and the crowds present in these events, disabled people have quite frequently avoided them. Now they can invite their friends and display the festival on their television, bringing the party to their house. After all, it’s never a boring day with your best friend around.

The ease of access to these festivals has really brought in a larger audience and is a huge step towards a more equitable world.  The future is often thought of as a time where people from all walks of life have equal opportunities. This Utopian ideology may never be fully realized, but in the case of music festivals, going virtual has become a great example for what events can aspire to be.

3. Internet and Festivals are Fan Favorites

With the race for 5G internet across the world, nations really recognize that internet is the way to connect people to each other. Even though movies like 'back to the future’ hint at flying cars and banana-peel sourced energy, the future is access to information within seconds. Speeds like 2 Gigabits per second are making downloads faster and allowing people to do more and more with their handheld devices.

If you have difficulty picturing what 2GB/s looks like, imagine you’re streaming a movie that’s about 2 hours long at 720 pixels, but the entire movie gets loaded in one second. That’s what 2 Gigabytes represents. I know, WOW.

This increase in the amount of information being transferred at speeds never seen before, is what has made Virtual Music Festivals possible. With hyper-realistic videos streamed in real time to people across the world, internet is bringing people together. I guess there’s a reason why they call it the world wide web.

Every element that the internet has touched, has become more popular. Emails in place of mails, online gaming in place of outdoor sports, entertainment streaming in place of satellite cable. Each of these examples is precedent to the fact that everything that you do is slowly moving online. Take the covid-19 lockdown for example. Plenty of jobs became work-from-home and all of it was possible because of internet. Why would then, a music festival come under scrutiny for having gone online?

If you’re thinking of building a platform that can host virtual music festivals, think about getting CometChat as your chat API. It takes care of all your conversational needs and you can focus on building a better customer experience.

The Future is Now

For writing this article, I asked myself (and Google) - what makes something futuristic. I came across an article from 2009 that showed what futuristic gadgets look like and unsurprisingly, a lot of them have already been constructed and are used on a regular basis. From 4G and video call supporting mobile devices, to wireless earphones and electronic cash registers. People thought creatively and got mind blowing solutions to problems we didn’t even know we had.

We have access to 3D printers, artificial intelligence, and smart everything; it would be prejudiced to assume that virtual music festivals are not enjoyable. You can experience the future right now and have some fun, just Google (or Bing) for the next music festival and see for yourself!

The future is a place of wonders, new experiences and kiddish curiosity. From the wheel, to washing machines - every time a human came up with some new use of technology, people proclaimed that it’s the future come to life. Virtual Music festivals are a huge step to people getting together and celebrating the joy of music. The touch of internet has made it so that the pre-existing barriers of attending an event like such have dwindled and the lack of entertainment cause by a covid-19 quarantine has been met by highly accessible music festivals for everyone.

With new technology becoming commonplace on a daily basis, it’s no wonder that exceptionally creative ways are being employed to bring people the best experience they could ask for. From using virtual reality technology to auto-translating languages, virtual music festivals are using everything available to them to bring you an experience that you would love.

If you liked this blog, keep an eye out for more blogs on CometChat where you can learn how a chatting API can benefit your business and its growth. 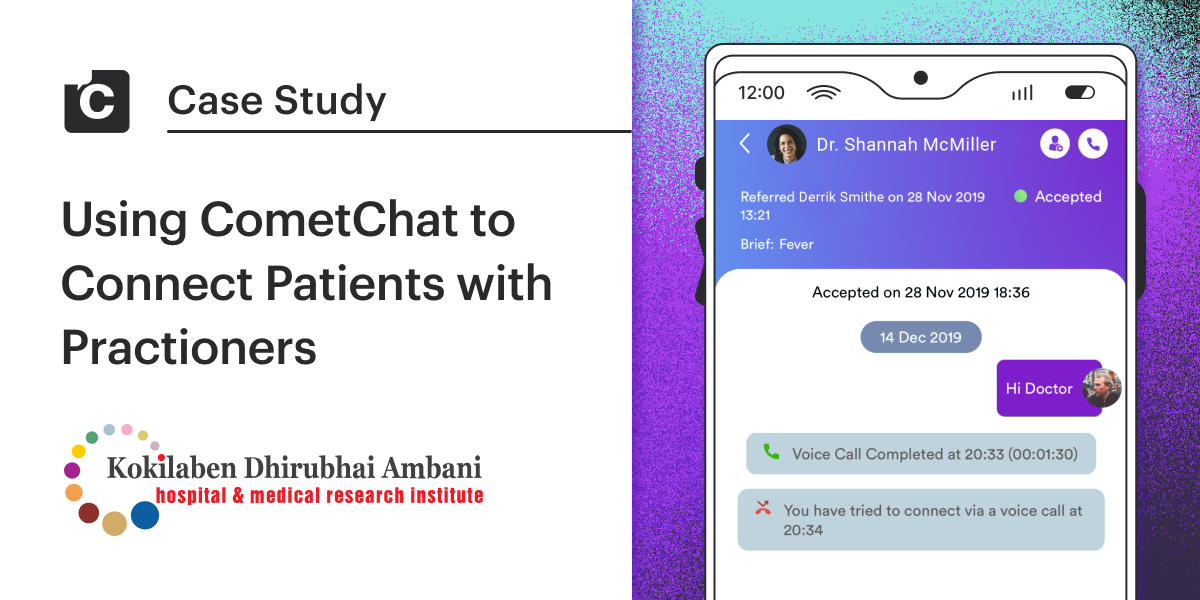